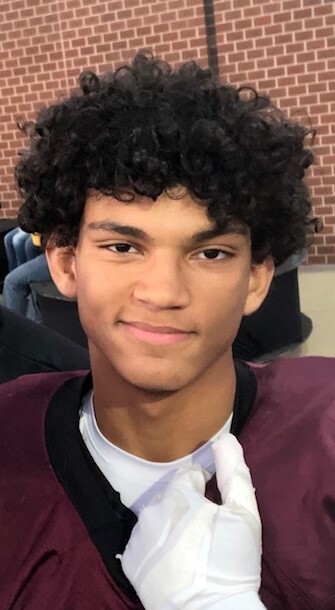 Jackson is a star both in the classroom and on the athletic playing fields. He graduates from Dowling Catholic High School with a solid B+ grade average and a state championship ring in football—the 7th consecutive state football championship won by his school! As a defensive end, he was named to the All-Iowa Elite Team.

His community volunteer efforts include mentoring younger boys, assisting special needs youth in the Kiwanis Miracle League, delivering meals to the needy at Thanksgiving, and collecting gifts for families at Christmas. A school official notes that “Jackson is a dependable person with a solid work ethic.” He writes that “Jackson is someone I could trust to make positive decisions when there was the possibility that others may not.”

Jackson will continue his academic and athletic playing career at Iowa Western College.