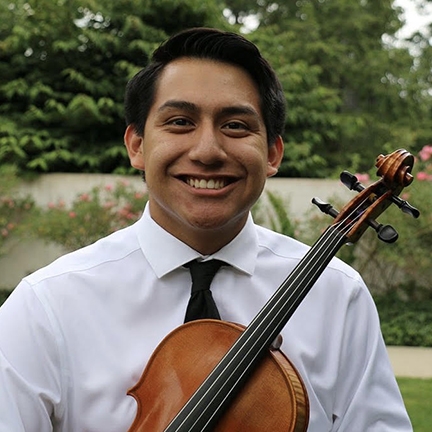 Fun fact: He plays both the violin and viola, and is the son of past MFASLC president George Herro. He is also the grandson of past treasurer Victor Herro.

Victor will graduate from Hartford Union High School District with a grade point average of 3.446. He is an accomplished musician, both in the school and in the community. He has been the Orchestra Concertmaster since his freshman year. The orchestra has performed in London, England and at Disneyworld in Orlando, Florida. He has played the violin for nine years and the viola for two years. For the past five years, he has been a part of the Milwaukee Youth Symphony Orchestra. He is now in the Senior Symphony and will be touring in Ireland this summer. The Director of Instrumental Music says, “Victor is a leader in the truest sense. He leads by positive, honest, reputable and diplomatic example.” At DePaul University, he will pursue a degree in Sound Recording Technology.